Message from the Director

Music education in the United States comprises an expansive constellation of people, programs, and ideas. Although the numerous organizations whose purpose is to promote the teaching and learning of music may be perceived as a tacit confederation—loosely defined by a commonly held belief that music is good and worthy of support—teachers, performers, composers, publishers, presenters, manufacturers, scholars, and researchers align themselves to form disparate constituencies that often have little to say to one another. 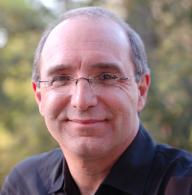 Unfortunately, just as the world of music has become highly compartmentalized according to style, genre, history, culture, medium, methodology, and practice, music education as a discipline, often a world apart from the other disciplines in music, is itself defined by divisions that span many hierarchical levels. Although many string teachers belong to The National Association for Music Education, for example, many others feel that their interests are better served by the American String Teachers Association. Still others belong to neither NAfME nor ASTA, but pledge their allegiance to the Suzuki Association of the Americas.

None of this is to cast aspersions on the notion that individuals who share common interests and passions should organize themselves, communicate, and convene to explore the objects of their passions and promote the causes about which they care deeply. Such flocking together is both understandable and pervasive in any social fabric. Yet, the resulting factionalism yields an unfortunate byproduct that can only serve to undermine progress in the discipline: People who have a great deal in common, who espouse common values and strive to attain common goals, people who are much more alike than different, stop talking to one another. This is precisely what has happened in music and in music education. The personal designations within music education simultaneously reflect and reinforce the separateness. Music teachers in elementary schools define themselves as Music Educators, apart from music teachers in secondary schools who refer to themselves as Directors of Bands or Directors of Choral or Orchestral Activities. Faculties in colleges and conservatories likewise identify themselves with exacting specificity. It is important for some to be known as Professors of Historical Musicology as distinct from their colleagues who are Professors of Ethnomusicology. Professors of String Music Education or Wind Band Conducting express a similar need to be precisely identifiable.

The title of the Center for Music Learning is purposeful. It cites music learning, because all members of our discipline, whatever their areas of specialization, are or have been engaged in teaching and learning. The title specifically avoids the term music education because of the unfortunate baggage that the term conveys to many who do not define themselves as music educators. Even the term “music educator” gives the appearance of having been concocted to deliver a cachet of importance that the term “music teacher” simply lacks.

The Center’s design was created to blur limiting distinctions to the greatest extent possible, not only within music, but also between music and other disciplines in the university community. Music inheres in the human experience, and although the surface features of music activities may effectively disguise the commonalities of music across ages, cultures, genres, and media, there exists a common set of principles that underlies all music teaching and learning.

Music teaching is in some respects—in many respects—a remarkably successful enterprise. Many students of music learn to sing and play and improvise and compose and think with remarkable skill, fluency, expressiveness, and creativity. In other respects, music teaching falls far short of its potential. Many other students engage in music study for a time, either voluntarily, under parental duress, or as part of a mandated curriculum, and learn only that they are incapable of singing or playing an instrument, or of moving rhythmically and dancing, or of understanding the deep verities of musical expression in its highest forms. Such students are often quickly dismissed by teachers and parents alike as untalented, unmusical, and incapable of learning music (“Billy’s just not cut out for the violin.”). But these hastily derived conclusions, which certainly serve to protect the self-perceptions and reputations of music teachers, beg for greater precision as well. Perhaps these students are not really incapable of learning music, but are only incapable of learning music in the way music is conventionally taught. Anyone who has attended a Bobby McFerrin concert and heard an audience full of avowed non-singers participate in an impromptu group rendition of a prelude from the Well-tempered Clavier has been given at least some cause for dissonance in accepting the notion that there are some (many?) among us who are simply unmusical by nature and thus unable to participate successfully in music. The fact that some teachers make remarkable progress with the same students that other teachers fail to reach gives further heft to the competing conclusion that success in music is at least as dependent on teaching as it is on the inherent characteristics of learners.

Clearly, according to any available data, adults in our society do not exemplify the stated goals of music education, especially with regard to so-called art music. The graying of American symphony audiences, the paltry CD and streaming market share held by classical recordings, students’ performance in music on the recent National Assessment of Educational Progress, which in a clear moment can only be called dismal, are among the many indicators of the failure of music teaching in public and private education to engender a love of music and music making beyond that which is promoted in the popular culture. This is not to say that citizens’ great enthusiasm for popular music is not to be valued; to the contrary, it is a central part of our culture. But most individuals’ involvement in music is primarily passive and their tastes narrowly defined.

Of course, if the current state of affairs is deemed satisfactory either by the society at large or by our discipline, then there is hardly a need to pursue the matter further. But if we wish to rely on media and marketing to define what citizens do with music, then there seems little justification for the considerable efforts that music education currently requires.

But the goals of music education at all levels of instruction express a different view, one that values connoisseurship, active participation, and literacy. Far from devaluing the music of popular culture, this view insists that the full potential of music to enrich human lives reaches beyond passive listening and beyond a narrow bandwidth of music. The goals of music education at their best honor the substance and relevance of diverse musics while aspiring to engender levels of sophistication that come only through participating in all of the activities of music: listening, singing, playing, improvising, composing, dancing.

Through interdisciplinary collaborations that closely examine the processes of knowledge acquisition and skill development in music, The Center for Music Learning seeks not only to contribute to the enrichment of a musically vital society but also to deepen our fundamental understanding of how people learn.